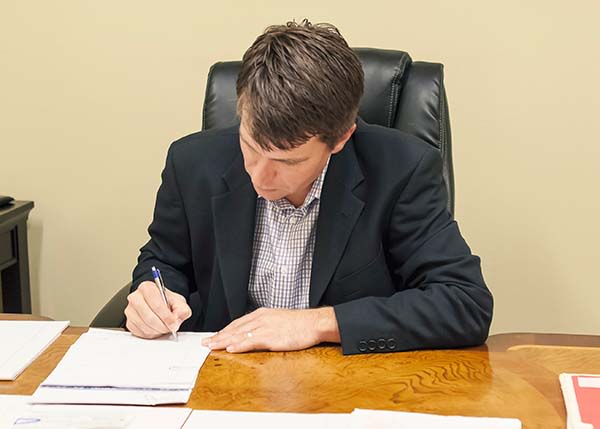 John McGlothlin grew up in San Marcos, Texas and graduated from San Marcos High School. John earned an undergraduate degree from the University of Texas at Austin and a Masters of Business Administration from Texas State. John worked in management for a division of Berkshire-Hathaway and later his family’s flooring business after he moved back to San Marcos.

In 2005, John left his first career in business to study law at St. Mary’s University in San Antonio. John excelled in moot court, earned a position as editor on the St. Mary’s Law Journal, and graduated cum laude in 2008. After passing the Texas bar exam, John worked as an associate attorney for a large San Antonio civil trial firm. Over the next four years, John represented his firm’s clients against hundreds of lawsuits across Texas. John secured dismissals from the courts on many cases, settled other cases in mediation or otherwise, and took a few cases through jury trial. He was so motivated by this experience to open his own firm in his hometown of San Marcos to serve the local citizens of Hays County.

Our relationships and a history of great results are our bedrock. We bring relief to our clients which gives them peace of mind and builds a trusting relationship.

In late 2011, John took the experience from the firm to his hometown of San Marcos and opened a law office on the city square, less than a mile from his family’s home. The Law Office of John McGlothlin, PC is dedicated to providing legal solutions for real people and local small businesses. John provides personal attention to every case he accepts and works hard to secure solid results for reasonable fees.

John and his wife Marissa have four children between the ages of six and eighteen. John and Marissa serve in leadership roles for a local church, John serves as an elected trustee on the SMCISD school board, and advocates for fatherless kids in San Marcos and around the world. John is an avid runner and enjoys giving his clients personalized attention.